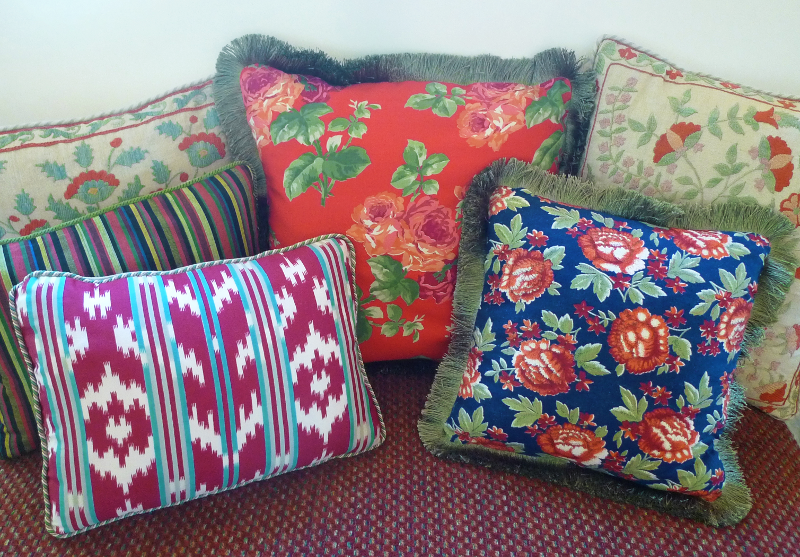 Some of the fabrics offered here are from Uzbekistan and Russia.  (While some are from other parts of the world.) They are similar to, or the same as those illustrated in RUSSIAN TEXTILES and SILK and COTTON. It is often difficult to tell whether a particular 20th century fabric was printed in Russia and exported to Central Asia, or whether it was actually printed in one of the large textile combines that the Soviets established there starting in the 1930s. Either way, the patterns and colors are those favored by the people of Central Asia. These fabrics were most often used for light-weight summer robes, quilts (“kurpa”) or lining material for suzanis and other hangings. The pillows in this photograph were made from fabrics from Uzbekistan.