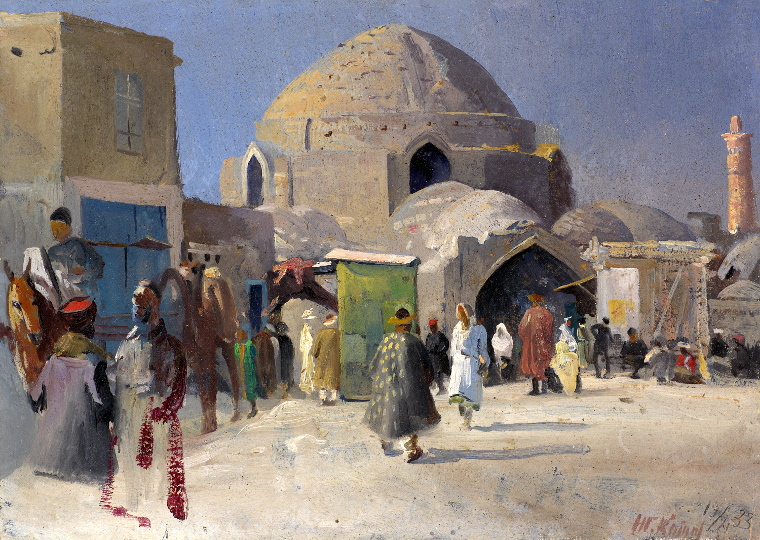 Always teeming, the 19th and early 20th century bazaar (tim) was the heartbeat of a city, the business and social center of an urban man’s life. Here could be found just about any commodity that Central Asia (and Russia) produced. Occasionally a fully cloaked woman in her drab paranja and horsehair veil could be spotted among the throngs of men in their brightly-colored robes.

Most of the Central Asian textile items offered on these pages, originally came from a Central Asian bazaar. Robes could be bought from the robe vendors; hats from the hat sellers; cloth from the many fabric merchants – each offering a different type of material.

Perhaps even note cards could be found in a 19th century paper-vendor’s stall, since everything imaginable seemed to flow from all directions into the bazaars of Bukhara.

All of the textiles for sale in this online Bazaar are from the collection of Susan Meller, including many of the pieces illustrated in Russian Textiles and Silk and Cotton.